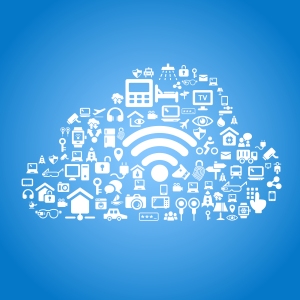 References to a “trillion dollar technology market” are commonplace. Lately, however, when analysts make ballpark estimates of the value of the IT sector, their forecasts take an interesting jump, from one trillion dollars to ten. Or even twenty. This week, startup investor Chamath Palihapitiya made headlines when he proposed that technology is on it’s way to becoming a “multi, deca-trillion industry.”

Deca-trillion. That’s ten trillion to you and me. But “deca” adds the gravitas that analysts need when they’re talking about money they haven’t made quite yet. And when they’re using a bird’s-eye view to explain to the rest of us that the markey is changing. Let’s take a look at three factors driving the growth to a $10 trillion dollar market.

The IT industry has metamorphosed into ICT — information and communications technology. This is mainly because Internet connectivity has become integral to many tech processes. That is, the systems supporting business, academic, and consumer tech needs are no longer insular. The information and capabilities we need to get our work done isn’t on our computer hard drives, rather it’s on hard drives located in data centers situated all over the world. One way to understand the shift is to look at the Global e-Sustainability Initiative (GeSi), an relatively new partnership that actively promotes investment in the ICT sector. The partnership includes companies traditionally regarded as IT firms (Microsoft, Nokia, Samsung, to name a few) PLUS companies we think of as communications firms (AT&T, Sprint, T-Mobile, Verizon, to name a few).

Companies such as Google and Facebook were born into the ICT world—they combined “I” and “C” from the get-go—and are positioned as growth leaders. Google has the potential to hit a $1 trillion market cap within the next ten years.

Give me the cloud

Cloud computing, a central piece of the ICT picture, has disrupted the traditional tech marketplace. Very generally speaking, cloud technology allows the business world to meet its IT needs more cheaply and efficiently by accessing computing services over the Internet. Instead of buying and housing IT hardware internally, a business can sign up for ICT services handled by a cloud provider. (A handful of cloud service providers are Amazon Web Services, Google Cloud, IBM, Microsoft Azure Cloud, and Oracle).

Businesses choose cloud computing services over traditional in-house computing because cloud providers have developed systems that offer unprecedented efficiency and economies of scale. It’s important to note that cloud computing revenue is predicted to go UP even as the cost of computing goes down. We’re looking at a very, very sizable rate of growth.

The largest company in cloud services today is Amazon. One forecaster proposes the corporation will have a $5 trillion market cap within the next 50 years.

The Internet of Things

The next large-scale transformation of the ICT marketplace is likely to come from a phenomenon known as the Internet of Things (IoT). The IoT is made up of objects with embedded computer chips that generate data about their whereabouts, actions, and state of being. The objects send the data to … other objects! A home thermostat, for example, sends messages over the Internet to a home monitoring software system. The software system responds in turn, telling the thermostat to turn off the AC.

The amount of data generated by the IoT will be enormous. Companies able to capture IoT business will be on track to share in a projected $19 trillion market. And that’s why every ICT company is busy redesigning its deca-year plan.