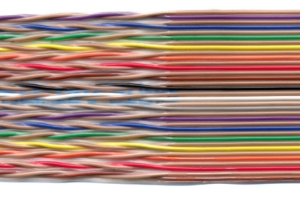 An FCC ruling in early 2015 assured Internet service providers (ISPs) that once again there will not be any unbundling of the last mile. However, the FCC has made two significant changes to last-mile policy.

In January 2015 the FCC released national connectivity statistics and specified that a connection must have a speed of at least 25 megabits per second (Mbps) downstream and 3 Mbps upstream to be classified as broadband. ISPs will need to invest in upgrades to consumer-facing networks in order to meet demand for 25/3 Mbps service. This redefinition of broadband is intended to bring improved speeds to areas that have been left behind because they don’t generate high profits.

In the run-up to his State of the Union address, the President called on the FCC to invalidate state laws that restrict installation of community-funded broadband networks. He made his announcement from Cedar Halls, Iowa, a small town where municipal investment enabled installation of a new superfast 1 gigabit per second broadband network. That’s 1000 Mbps, or 40 times faster than the minimum!

In February of 2015, the FCC declared state-level restrictions to be unlawful, though it remains to be seen how the ban on restriction will be enforced. Increasingly, traditional ISPs will find themselves in competition with community-based 1 gigabit fiber networks.

Google Fiber was an early mover in the gigabit fiber market. Starry is a newcomer getting lots of press.

Gigabit fiber is great when you can get it (it serves about 3% of the U.S. population), but the primary challenge we face at a national level is to establish affordably priced 25/3 Mbps service for 100% of the population.